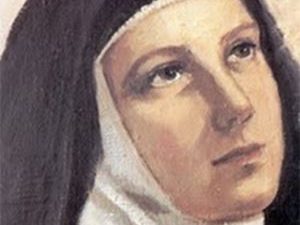 The Life of St. Teresa of Jesus

Mystic | Teacher of Prayer | Doctor of the Church

St. Teresa of Jesus was born on March 28, 1515, in Avila, Spain. Her mother died when she was 14, and she entered the Carmelite Monastery in Avila in 1535. Her life as a Carmelite, though far removed from the mainstream of modern culture, still speaks powerfully to us today.

Teresa longed for a deeper relationship with God, but due to the laxity of convent life in those days, she struggled to reconcile her desire to live for God with other relationships that kept her from devoting herself completely to Him.

Repeatedly, Teresa asked God to help her, seemingly to no avail. It was not until 1554 that she experienced the conversion that would mark the rest of her life. Coming upon a statue of the wounded Christ, Teresa was suddenly and intensely moved by what Christ had suffered for her and was overwhelmed by her own lack of gratitude for His sufferings. In tears, she begged the Lord to strengthen her desire to belong to Him, and resolved not to move from there until her prayer was granted. At that moment, Teresa felt a growing strength within her.

Teresa’s conversion, which actually occurred over a period of four years, set her on a new pathway that led her to an intimate experience of God, a God she came to perceive as a beloved Friend. In prayer, God poured out His love on His daughter, who had become a willing and open vessel as she surrendered totally to her Lord and King.

Teresa’s indomitable love for God made her determined to give her all, willing to overcome any obstacle to do what God asked of her. Convinced that God wanted it, she set about reforming the Carmelite order, establishing convents throughout Spain where religious would live according to the original spirit of Carmel.

The special gifts she received from God in prayer were often misunderstood by others—her writings even came under the scrutiny of the Inquisition—and Teresa suffered much. At times she would try to suppress the ecstasies that accompanied God’s intimate presence, even questioning herself if they had come from God. Yet God continued to lead her into the innermost dwellings of her heart, where she beheld the awesome beauty of her King.

Fortunately for us, Teresa’s superiors ordered her to document the remarkable events of her life and her original works still exist today. The Book of Her Life, The Way of Perfection, The Interior Castle, and The Foundations are her main works, detailing her remarkable pathway to God. It is through these profoundly human yet mystical writings that we experience Teresa’s spirit that inspires us to enter into an ever deeper relationship with God.

Let nothing disturb you;
Let nothing frighten you.
All things are passing.
God never changes.
Patience obtains all things.
Nothing is wanting to him
Who possesses God.
God alone suffices.